The 2021 NFL season moves into week 4 with some more incredible action in primetime, beginning with Joe Burrow and the Cincinnati Bengals hosting Trevor Lawrence and the Jacksonville Jaguars on Thursday night, September 30th at 8:20 pm ET on the NFL Network. The Miami Dolphins with quarterback Jacoby Brissett will host Carson Wentz and the Indianapolis Colts at the Hard Rock Stadium in Miami on Sunday, October 3rd at 1:00 pm ET on CBS.

On Sunday night, Tom Brady and the Tampa Bay Buccaneers will meet on his old home turf with Mac Jones and the New England Patriots at 8:20 pm ET on NBC. Week 4 will wrap up out West when Justin Herbert and the Los Angeles Chargers clash with Derek Carr and the Las Vegas Raiders on Monday Night from SoFi Stadium in Inglewood, CA on October 4th at 8:15 pm ET on ESPN.

It’s another great week for some knock-down, drag-out NFL Football! Check Out the week 4 schedule below, for all this week’s NFL action, including game times and network info. 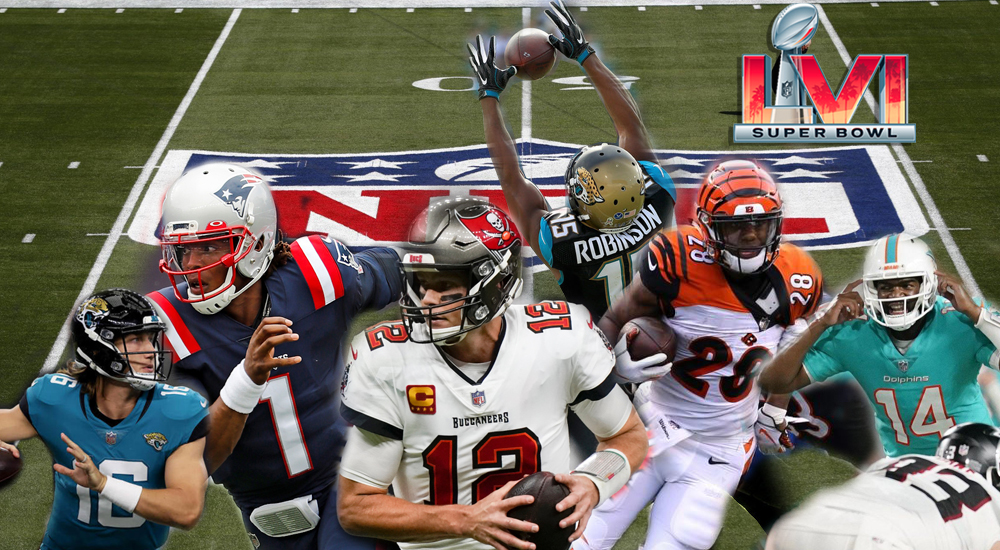