Watch "A Capitol Fourth" on PBS with Fireworks on July 4th

Country musician Mickey Guyton will host this year’s Independence Day celebration, “A Capitol Fourth” which will return to its traditional live broadcast from the west lawn of the Capitol, after being pre-taped for the past two years due to COVID-19 restrictions. The 42nd Annual concert will feature some of the biggest names from Broadway and the Entertainment Industry, including a salute to the men and women of the military with performances by the the National Symphony Orchestra, Military District of Washington, the U.S. Army Band “Pershing’s Own”, and the U.S. Army Herald Trumpets. The live concert performances will feature top stars from Broadway including Chita Rivera and Emily Bear, singer-songwriter Loren Allred, Grammy Award-winning artists Gloria Gaynor and Yolanda Adams, Blues musician Keb’ Mo’ and many more.

Viewers will have a front-row seat to an amazing display of live fireworks over Washington D.C. with 20 cameras positioned around the city. Watch this special broadcast on the nation’s 246th birthday Live from Washington, D.C. on your Local PBS Channel this Monday, July 4th at 8 pm ET, the program will rebroadcast afterward at 9:32 p.m. ET. 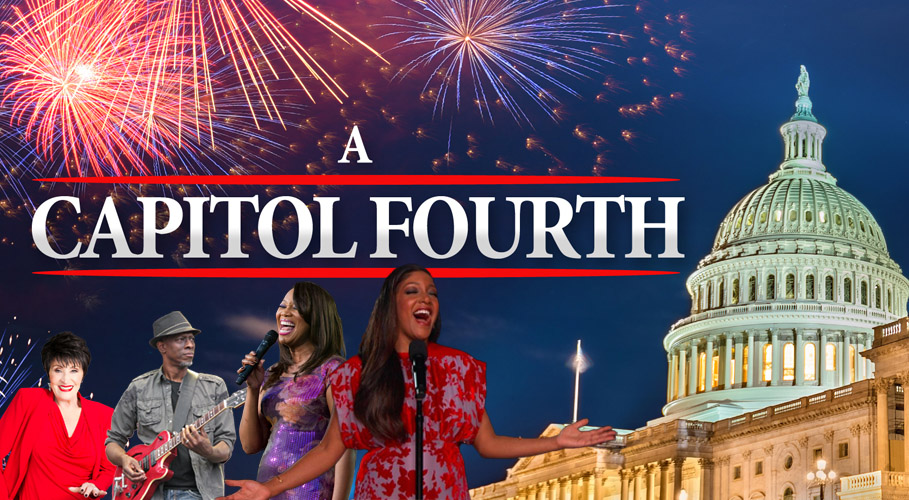