Watch "A Capitol Fourth" on PBS with Fireworks on July 4th

Vanessa Williams will host and perform at this year’s Independence Day celebration, “A Capitol Fourth” which will feature a pre-taped concert and live fireworks over Washington, D.C. on Sunday, July 4th. Due to COVID-19 the concert performances will be pre-taped from locations across the country this year, instead of the usual live concert on the west lawn of the Capitol. The concert feature themes of hope, love and patriotism as well as honor the men and women of the military including performances by the U.S. Army Band “Pershing’s Own”, the U.S. Army Herald Trumpets and the Joint Armed Forces Chorus. The pre-taped concert performances will feature top stars from pop, country, R&B and Broadway including Jimmy Buffett, Alan Jackson, Gladys Knight, Cynthia Erivo and many more.

Viewers will have a front-row seat to the greatest display of live fireworks in the nation with 20 cameras positioned around Washington, D.C. Watch this special broadcast on the nation’s 245th birthday from Washington, D.C. on your Local PBS Channel this Sunday, July 4th at 8 pm ET, the program will rebroadcast afterward at 9:30 p.m. ET. 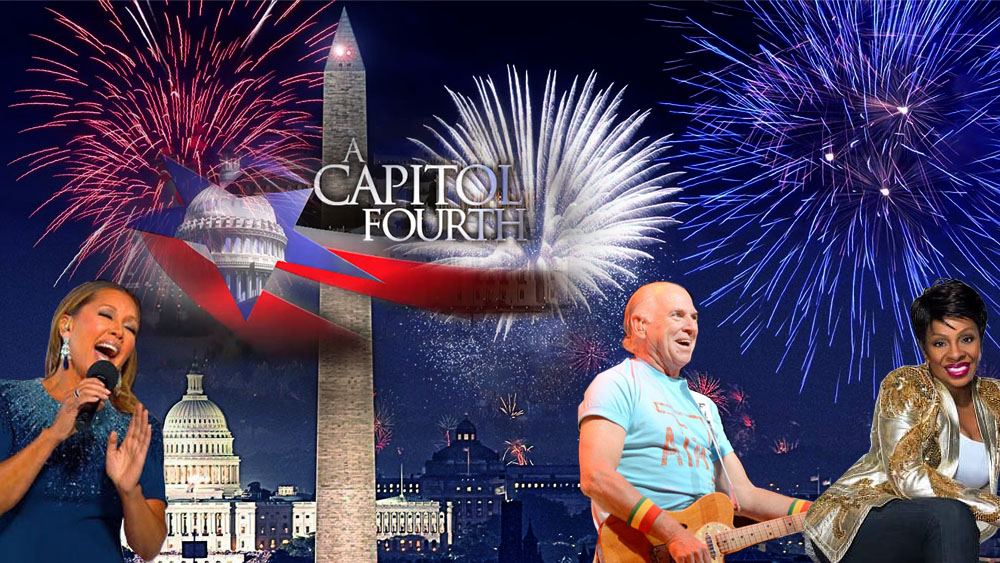