Dish’s Spooktacular offers a full month of “spooky classics, movies On Demand,” and a special “Haunted House Dish scape” in October. The Dish Network is featuring a multitude of scary movies and shows by highlighting Halloween festivals across its platform with easy access through its Dish Hub, channel 100, to “get quick access to Halloween events, movies, shows and more.” Networks like Freeform will have “31 Nights of Halloween”, AMC has “Fear Fest”, SyFy has “31 Days of Halloween” that run all of October. HDNET Movies will feature “Wicked Wednesdays” that runs from October 18 – 31, and Dish will also have Free Previews running in October, such as SundanceTV, which runs its “Horror Noire” Halloween festival all month long.

Dish’s Free On Demand will have its Movie Night Shelf stocked with all kinds of Horror classics like Halloween, The Shining, Poltergeist, Scream, Freddy vs. Jason, and The Walking Dead among many others to fill up October with spine-chilling programming. The Food Network will feature its Halloween Baking Championship to serve up a culinary take on the Holiday. Going into Halloween weekend, the Travel Channel will feature a marathon of their ghostly favorites like The Dead Files, Ghost Adventures, and These Woods are Haunted. On Mondays, AMC is presenting Creepshow, the Shudder original series, and on Halloween Weekend AMC will air Eli Roth’s History of Horror. Also on the last weekend in October, Freeform will feature Tim Burton’s The Nightmare Before Christmas on Saturday night, SundanceTV will air its True Crime Story: Indefensible, and HDNET will present a Halloween Marathon all-day Sunday. 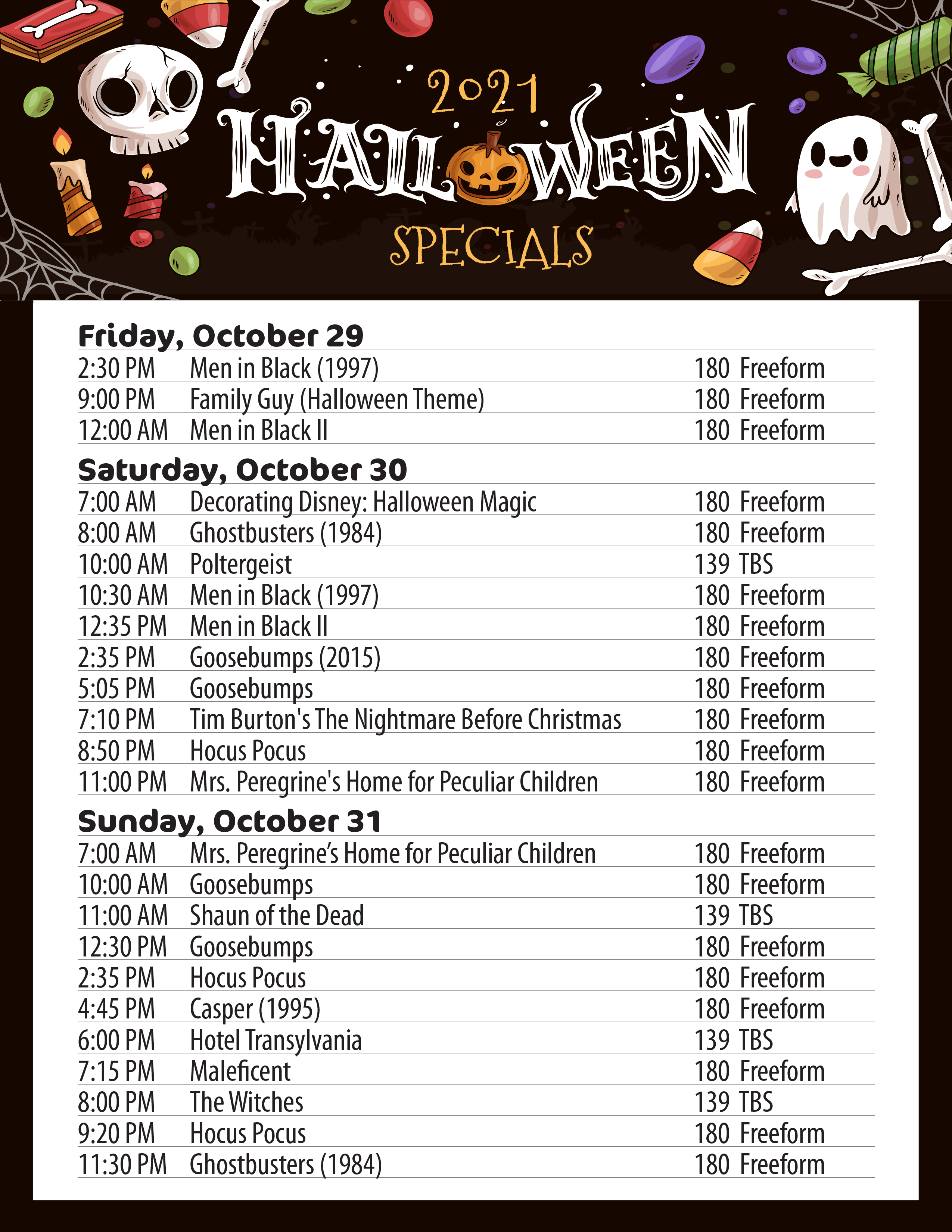