The MTV Video Music Awards return from Barclays Center in Brooklyn, New York for what will be one of the first awards shows with a live audience since New York City reopened earlier this summer. The 2021 “VMAs” will be hosted by Doja Cat and will air live on MTV on Sunday, September 12 at 8 pm ET and will simulcast across CMT, Comedy Central, Logo, MTV2, Nickelodeon, Paramount Network, Pop, TV Land, VH1 and the CW Network. “The 2021 show will feature epic performances from the biggest names in music and bring fans together from across the globe to celebrate the return of live entertainment,” MTV stated in a press release earlier in June.

The Awards ceremony being on the day after the 20th Anniversary of the September 11th terrorist attacks on New York City, MTV is planning a week of activities with the nonprofit organization 9/11 Day to encourage a national day of charitable service every year on the anniversary of September 11th. Set to perform at this year’s VMAs are Doja Cat, Camila Cabello, Lil Nas X, Lorde, Foo Fighters, Machine Gun Kelly, Olivia Rodrigo, Shawn Mendes, Twenty One Pilots, and Chlöe Bailey. Justin Bieber received the most nominations with seven in 2021, followed by Megan Thee Stallion with six, and Billie Eilish, BTS, Doja Cat, Drake, Giveon, Lil Nas X and Olivia Rodrigo trailing closely behind with five nominations each. Please view below for a full list of the MTV Video Music Award nominees for 2021. 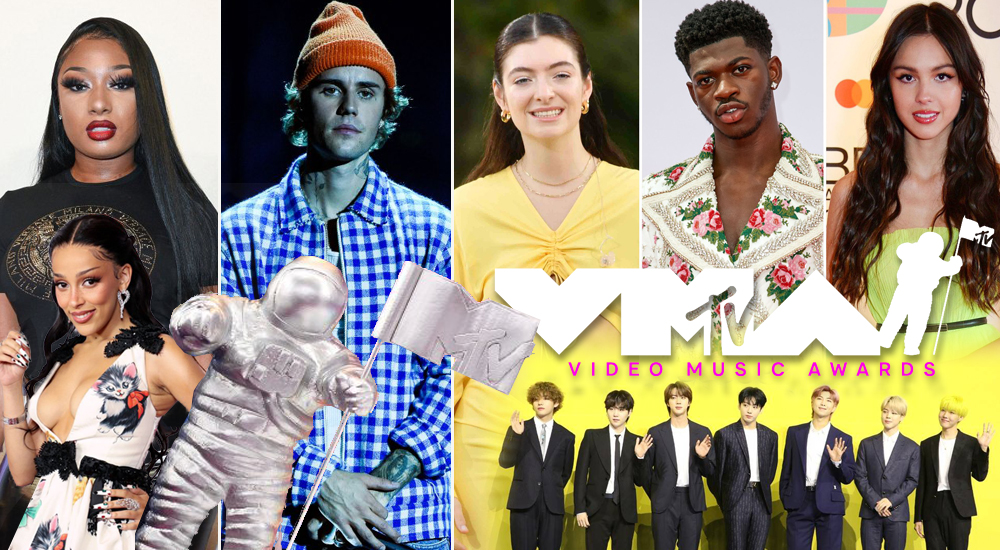 Video of the Year

Artist of the Year

Song of the Year

Push Performance of the Year