The NFL season moves into wild card weekend, with games on Saturday, Sunday and Monday as the NFL prepares for the Divisional Round next week, with the NFC 1-seed Packers and AFC 1-seed Titans get the week off. The wild-card round will kick-off with the Cincinnati Bengals hosting Derek Carr and the Las Vegas Raiders on Saturday, January 15th at 4:30 pm ET on NBC. On Saturday Night, Josh Allen and the Buffalo Bills will face-off with the Mac Jones and the New England Patriots at 8:15 pm ET from Highmark Stadium in Orchard Park, New York on CBS.

On Sunday, January 16th, Tom Brady and the Tampa Bay Buccaneers host Jalen Hurts and the Philadelphia Eagles at 1:00 pm ET on FOX, while Dak Prescott and the Dallas Cowboys host Jimmy Garoppolo and the San Francisco 49ers at 4:30 pm ET on CBS. On Sunday night in primetime, Patrick Mahomes and the Kansas City Chiefs host Ben Roethlisberger and the Pittsburgh Steelers at 8:15 pm ET on NBC. In the Monday Night Football match-up, Matthew Stafford and the Los Angeles Rams host Kyler Murray and the Arizona Cardinals on January 17th at 8:15 pm ET on ESPN, ABC and ESPN+.

Please see the schedule below for dates, times, and networks broadcasting games for the Wild-Card Weekend of the NFL 2021-2022 season. 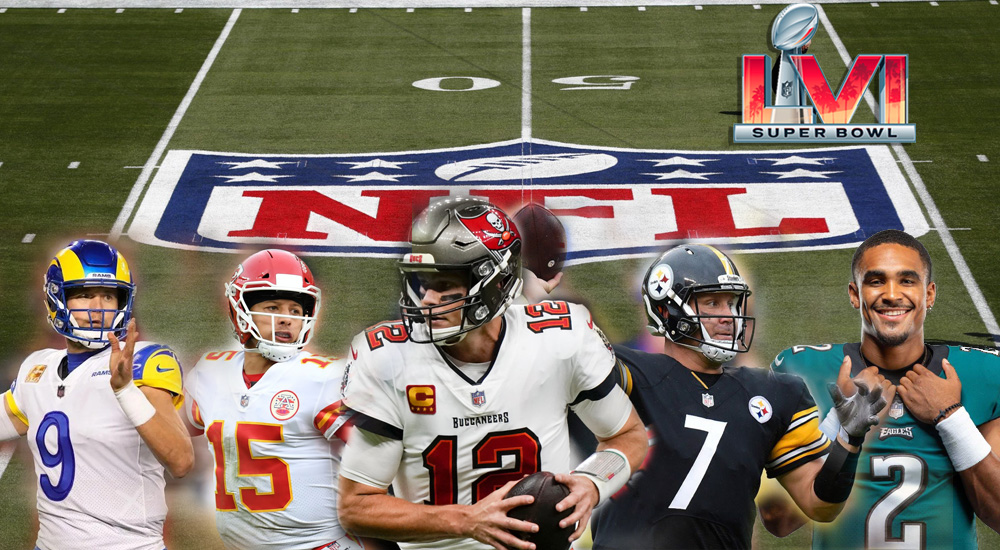